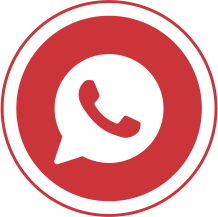 Highlights from artemide's vast catalogue include Italian designer Vico Magistretti's space-age Eclipse Lamp (1967) and German-Italian designer Richard Sapper's minimal, halogen-lit Desk Lamp (1972), which has become one of the most popular Workspace accessories ever produced. The 1980s saw the launch of the Polomeo Lamp (1987), designed by Italians Michele De Lucchi and Giancarlo Fassina, which quickly became an international symbol of the "Made in Italy" style that dominated design tastes at the end of the last century. Сегодня, Artemide continues to commission high-tech, high—concept works—increasingly with a focus on sustainability-from notable international designers, such as Herzog & De Meuron, Naoto Fukasawa, Karim Rashid, and Zaha Hadid, among others. Through the decades, many of artemide's lighting designs have been awarded the prestigious Gold Compass, with the company itself receiving a” Career Achievement " award in 1995

For more than 50 years, Artemide's approach has set the pace for design innovation with well-researched products that often end up in the pages of design history books. Numerous pieces have been acquisitioned into museum collections around the world, from New York's Museum of Modern Art and Metropolitan Museum of Art, to The Victoria & Albert Museum in London, Национальный музей науки и техники в Милане, Национальная галерея современного искусства в Риме, and the Centre Pompidou in Paris.